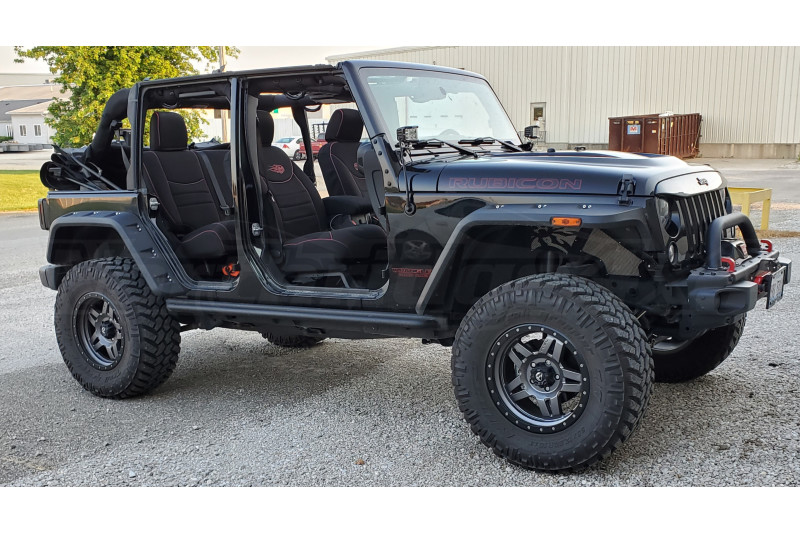 The D-SS Dually Side Shooter LED Cube is one of Rigid's latest improvements on its D-Series LED off-road lighting systems. This versatile, compact lighting solution has a wide spread beam that's perfect for use on A-Pillars, Fog Lights, and motorcycle applications. The D-SS cube has additional LEDs that aim to the side for a much more expansive beam while still retaining the powerful optics and LED technology that Rigid is famous for. When used together, this spot pair has 120-degrees of horizontal lighting coverage to light the way on dark roads. The pair comes with the same powerful optics used in Rigid's popular D-series, with the addition of three side-shooting LEDs on the side of each fixture for an even wider beam for better visibility. Forward-facing LEDS on the cubes can be paired with Rigid's advanced Flood, Spot, or Driving optics to capture the maximum light emitted by the LEDs for the most powerful hybrid optics system. With its long lifespan and impact and vibration resistant lens, the D-SS Dually Side Shooter LED Cube is a powerful lighting solution for vehicles.

5out of 5stars
Cmoore73
Originally had a 50" combo flood/spot light bar and two smaller cubes. The Dually SS replaced them all and outperforms them as well! Well worth the extra $$

Was this review helpful?

No questions have been asked about this product.

Universal Product
This item is non application specific.
Please verify compatibility before purchase. May require some modification for proper installation.