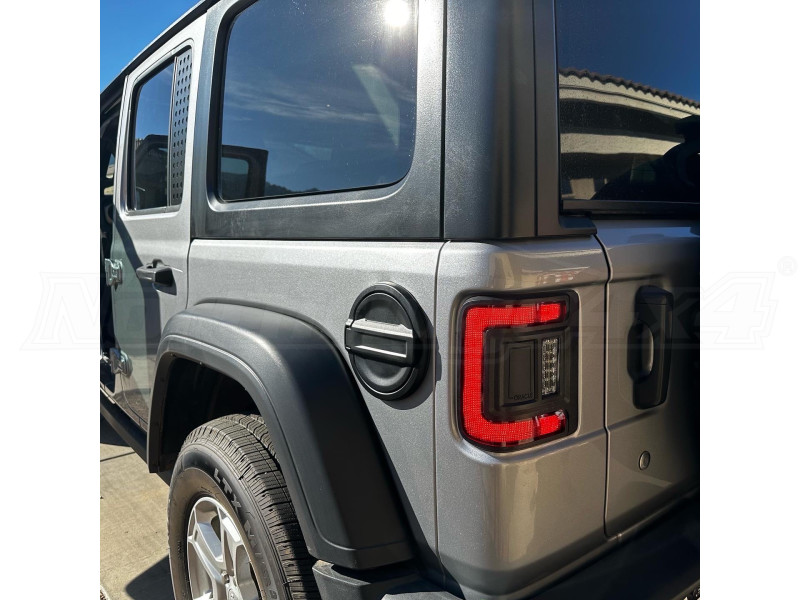 In addition to standard features, the plug-and-play design features an enhanced reverse function and caters to the Jeep’s optional cross-traffic sensor. The reverse light features 12 high-powered LEDs for optimal rear illumination. The cross-traffic sensor can be swapped directly over from the factory assembly and easily installs into the ORACLE Lighting tail lights for Jeep Wrangler JL. These flush-mount tail lights are compatible with both the base and LED packages.

5out of 5stars
Ralph
These flush tail lights are a game changer. They are flush to the body of the Jeep and most importantly they are simple to install

4out of 5stars
BluBear
While these are super easy to install and look amazing, if you have blind spot monitoring, be aware that these are going to make it run wonky. The BSM detectors in the stock Jeep tail light housings are angled outward just a bit, but in these, they are flat. I've noticed that detection is now spotty, and sometimes does not even detect a car. It's not a huge deal, but if Oracle had angled the detectors out just a little, I think BSM would have continued to work as well as stock. Is this a deal breaker? No. But it's something you should be aware of before you plunk down a big hunk of cash. Was this review helpful?
Great Factory Replacement Option  2 months ago

5out of 5stars
Greg
I replaced the OEM LED taillights with these. The fit is great and it’s a quick easy install. I shouldn’t have waited for so long to make the switch. Was this review helpful?
Great Factory Replacement  2 months ago

5out of 5stars
Greg
These lights are easy to install and a great upgrade to the factory light. Was this review helpful?
1 of 1 people found the following review helpful
Super clean fit 3 months ago

5out of 5stars
AdamOC
Replaced the OEM LED taillights in about 15 minutes. Even the salesmen at the dealership were surprised with how clean they looked. No more tail light bulge. Had one fail and ORACLE customer service was excellent, they shipped a new tail light right away. Was this review helpful?

No questions have been asked about this product.